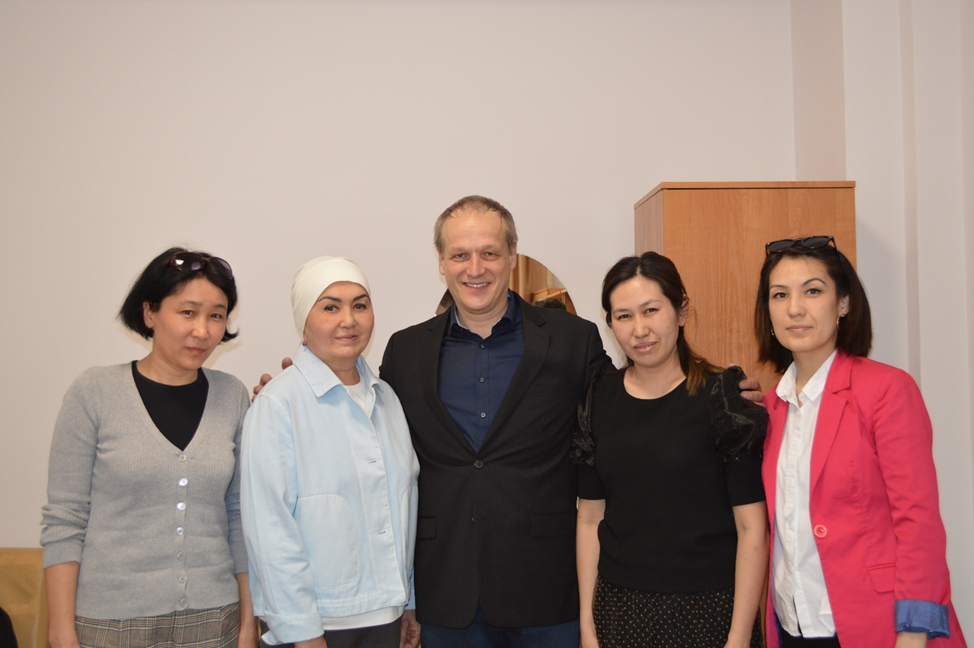 The guest from Berlin, conductor and pianist Matthias Manazi, was greeted by Vice-Rector for Scientific and Creative Work and International Cooperation Galiya Begembetova and Dean of the Faculty of Instrumental Performance Zh.Musapirova. During the meeting, the German musician announced the plans and purpose of his business trip.

Matthias Manazi arrived in Kazakhstan to perform in a concert to be held on April 9th. The event is organized by the Kazakh State Philharmonia together with the State Symphony Orchestra. Popular works by composers such as R.Wagner, R.Schumann, I.Brahms and A.Orenburgsky will be performed in the concert hall. Aida Ayupova and Yermek Kurmanaev will perform as soloists. In addition, the Astana Opera will also host a concert with a performance by M.Manazi on April 20.

“We, the official organization of Germany, the Goethe Institute in Kazakhstan, are supporting Mr. M.Manazi's trip to Almaty and Nur-Sultan. Taking this opportunity, after April 10, we intend to hold a master class with Mattias Manasi for students studying in the "Conducting" specialty. We cover the costs associated with the musician's fee and the services of an interpreter,” writes the Director of the Goethe-Institute in Kazakhstan, Friederike van Stephaudtw, in a letter about the musician’s business trip. Further, it is said that if the Head of the university finds this project attractive and important for the professional development of the Conservatory students, then he asks for assistance in organizing a master class and providing the target audience with the appropriate premises for this.