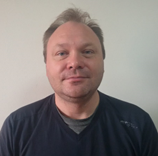 The name of qualification specified in the diploma of higher education: "Orchestral performer, performer of chamber ensemble, teacher"


1. 2004 Artist of the state wind orchestra in Kazakh State Philharmonic named after Zhambyl.

For those who speak foreign languages: