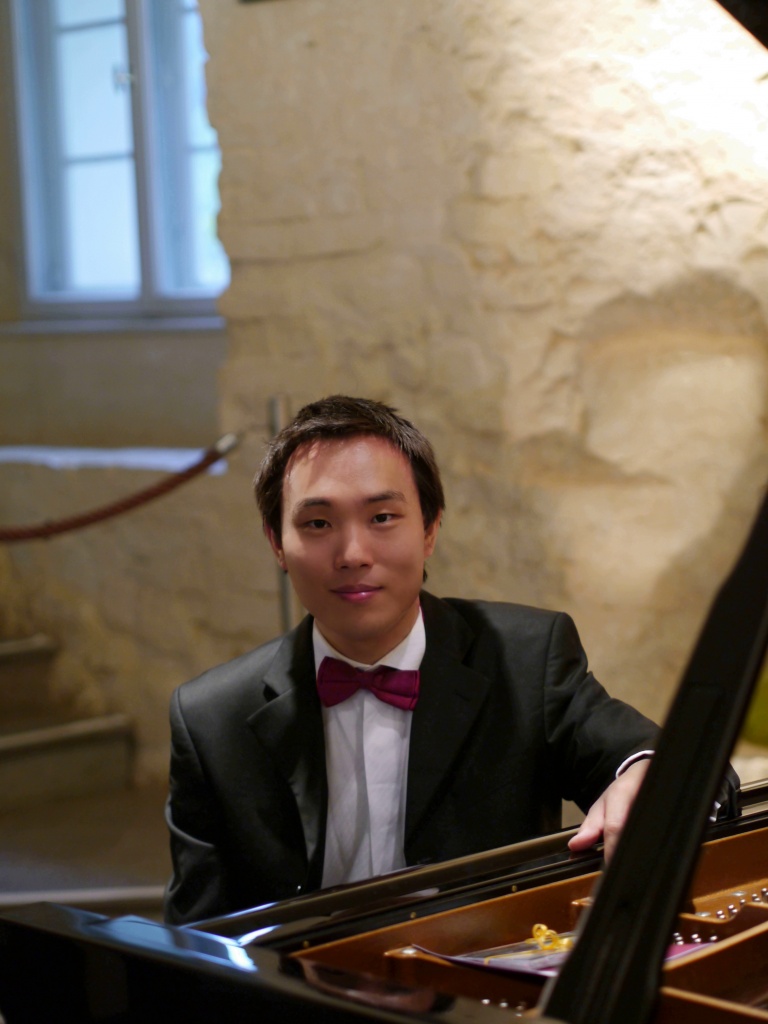 The name of specialty and code: Instrumental piano performance


Among the students are laureates of such competitions, as Leeds International piano competition, German music competition for youth and others.

He has performed in recital series and venues worldwide in Europe, North America, Africa, Asia in such major concert halls, as Gewandhaus zu Leipzig, the Gasteig in Munich, the Palais des Beaux-Arts BOZAR and Théâtre Royal de la Monnaie in Brussels, the Salle Cortot in Paris, the Konzerthaus «Glocke» and Radio Bremen Sendesaal in Bremen, the Great Hall of Tchaikovsky Conservatory in Moscow, the Guro Arts Valley Theater in Seoul, the Ansan Arts Center in South Korea and many others. He gave recitals in Germany, France, Switzerland, Italy, Belgium, Morocco, Estonia, Kazakhstan, Russia, Japan, South Korea, Canada and other countries.

In 2013 he performed Brahms’s Piano Concerto No. 2 op.83 in the Great Hall of Gewandhaus zu Leipzig, during the Mendelssohn-Festtage. In the 2008/2009 season, he toured Germany with the Moravian Philharmonic Orchestra performing Beethoven's Piano Concerto No. 1. In 2007, he performed a recital at the prestigious Mecklenburg–Vorpommern Festival in Germany with the works of Schubert, Brahms, Beethoven and Schumann. He is also invited to numerous festivals such as the ones of Bayreuth, Les Nuits Musicales de Nice (France), Tartu, Bolzano, UNESCO World Forum in Seoul, Asian Composers League Festival among others. In 2017 he has performed Ravel’s Miroirs at the After Work Concert Series in the Leipzig Gewandhaus. He gave numerous recitals in Germany with the works of Chopin Four Scherzos, Sonata No. 3 Op.58 (2015, 2018), Schumann Kreisleriana Op. 16 and Bach The Well-Tempered Clavier (2019, 2020) and many others. He performed with the Bremen Philharmonic Orchestra, Leipzig Gewandhaus Orchestra, Belgian National Orchestra, Orchestre Royal de Chambre de Wallonie, Gyeonggi Philharmonic Orchestra, Moravian Philharmonic Orchestra, Moscow Symphony Orchestra and others; with the conductors: Mathias Foremny, Nicholas Milton, Paul Goodwin, Gilbert Varga, Volker-Schmidt Gertenbach and others.

Stanislav Khegai also recorded and broadcast at Radio Bremen, BR, NDR, MDR (Germany), RTBF, Klara Radio, Musiq3 (Belgium), KBS (Korea), Kultura TV (Russia) and others. He has recorded CDs with the works of Ravel, Brahms, Beethoven, Scriabin and others at the Radio Bremen, the label Classical Records, in the series of Laureates of the Queen Elisabeth Competition of Belgium and others.

Portrait on Belgian Radio (Beethoven, Brahms) and others recordings.